Entries are now open for the 2022 New Zealand Primary Healthcare Awards, which recognise the hard work of our country’s primary care medical professionals.

The awards celebrate Aotearoa’s primary care doctors, nurses, pharmacists, business managers, midwives, industry suppliers and others who are making a difference in the primary healthcare sector across the country.

MAS Head of Brand and Partnerships Nicola Airey says “the last 18 months have really proved just how critical the mahi of our healthcare workers is. These are people who have been working in challenging circumstances and under significant pressure, and have really gone above and beyond.

“The Good Sort award is a chance to recognise the difference they make in their communities, and how they’re shaping a healthier Aotearoa New Zealand - something MAS and our Members are passionate about.”

Previous Good Sort winner, Donna Kielar (Ngāti Hine), is a nurse adviser in the National Hauora Coalition-led Mana Kidz programme. She has been seconded to the Ministry of Health, supporting the COVID-19 vaccine rollout. 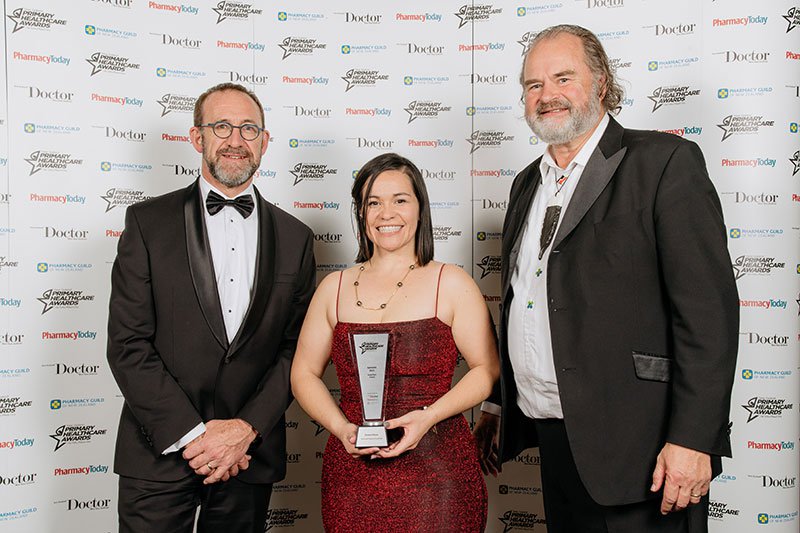 Donna was nominated by her colleagues, who wrote that she’s often “the first to put her hand up and help out, all with a positive attitude and smile”.

Donna didn’t know she’d been nominated until she was announced as a finalist.

“I thought ‘it must be another Donna’,” she says.

“There was another finalist in the Good Sort category, Barbara Broome, who was so impressive and her story melted my heart. I thought it was great just to be nominated in the same category as her.

“So when I did win, it was a bit of a blur. I don’t feel like I’m anything different to others who are working in my sphere, so it’s very humbling and genuinely amazing.”

Donna says as a proud Māori woman, with Cook Island heritage, winning the award gives her more of a platform to speak out about the health inequities her communities face.

“There are heaps of examples of where Māori and Pasifika people experience inequities in the healthcare system. Because of my heritage, I’ve seen a lot of my whānau grow up in a health system that fails them. I’ve seen it first hand, I’ve lived it, and we need to be really bold in calling it out.”

Primary healthcare professionals can enter, or nominate someone for an award, at nzphawards.co.nz/enter. Entries close on 16 January 2022.

28 October 2021 – Nominations for the 2022 NZ NR Awards, which celebrates the achievements and innovations of the country's top human resources leaders, are closing soon.

18 October 2021 - Returns for funds in the MAS KiwiSaver Scheme and the MAS Retirement Savings moderated after their very strong performance of the previous quarter.