Talk for more than five minutes to Tania Clifton-Smith and you’re suddenly aware that you’re holding your breath, deep sighing to pull in more air or sucking in your tummy. Not good.

After 30 years of delving into the physiology and psychology of breathing, the expert physiotherapist knows plenty about what can go horribly wrong when we don’t breathe properly. The field has rapidly expanded from its early roots, focused on hyperventilation.

“There is still an academic debate about what it is called – breathing dysfunction, breathing pattern disorder or disordered breathing. It used to be called hyperventilation, when if you over-breathe then carbon dioxide drops with myriad effects on the nervous system, the cerebral arteries, the neurotransmitters,” Tania explains.

“Breathing is an individualised, simple concept, but it is highly complex. We are starting to look at breathing beyond respiration.”

In a world where pop ‘science’ and instant mindfulness gurus are cottoning on to the effects of good – and poor – breathing on health, Tania is a self-confessed nerd on the science and evidence-based research in her rapidly expanding field. When she first discovered the speciality on her OE in the late 1980s in London, she spent every penny she earned going to conferences in Europe and the United States for the International Society for the Advancement of Respiratory Psychophysiology. The society’s roots in the early 1980s and ’90s brought together diverse professionals – physiologists, sleep researchers, anaesthetists, paediatricians, yoga researchers, respiratory physicians and physiologists – around the new field of ‘respiratory psychophysiology’. Already she was learning that there were more than just sensations of breathing.

“I was so blessed to meet such amazing people who had written a lot of the research,” she says. “In my most recent work (the dysfunctional breathing section of The Severe Asthma Toolkit for the Australian Centre of Excellence in Severe Asthma) with allergy, asthma and clinical immunologist physician Mark Hew, I am so excited that we are talking about the nose, the lungs, the musculature and the nervous system as an integrated system, not each as a separate speciality and not just the function of respiration. We are starting to address the whole that is breathing and how this plays a part in respiration as well as many other functions.

“Breathing is the orchestra of the body,” she says. “In the private breathing clinic we get referrals from all the specialists – psychiatrists, physicians, gastroenterologists, cardiologists and neurologists.”

Tania started out with a physical education degree from the University of Otago before changing to physiotherapy in Auckland, where her early thought processes very much focused on bio-mechanics and movement. It wasn’t until she worked in a London clinic treating stress-related disorders, with clients who ranged from the rich and famous to refugee survivors of torture, that she realised that pain and chronic pain were about more than bio-mechanics. 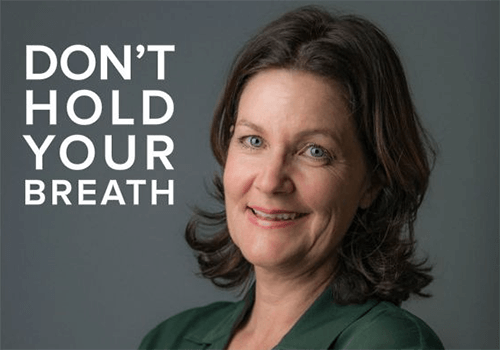 “I had to figure that out for myself; it turns your thinking upside down. I was taught mechanics, but I hadn’t been taught that someone could be so stressed that they couldn’t feel my hands.”

When she returned to New Zealand, in 1991 she set up the first hyperventilation clinic at Middlemore Hospital, part of its chronic pain and stress management services. About her career, Tania is quick to credit amazing mentors – at Middlemore it was physiotherapist Mark Cranswick and rheumatologist and pain medicine specialist Mike Butler. But it was a workshop with Dinah Bradley, who had just published Hyperventilation Syndrome, that cemented her future.

Spreading the word is a huge part of their ethos. As well as Dinah’s first book, the women have co-authored Dynamic Breathing (Random House New Zealand, 2008) and Breathe Stretch & Move for managing workplace stress and preventing injury (Random, 2002). Tania has also published Breathe to Succeed (Penguin, 1999) and Breathing Matters (Random, 2006) with ENT surgeon Jim Bartley, in addition to her work on the Australian asthma guidelines. Dinah co-authored clinician textbook Multidisciplinary Approaches to Breathing Pattern Disorders, for which Tania wrote the Breathing Pattern Disorders and Athlete chapters.

“I am worried that the pop world is grabbing it,” she says. “They have no clinical skills, no diagnostic skills. They can’t tell from responses to mechanical changes what is going on. You need to know anatomy, physiology, bio-chemistry, bio-mechanics, psychology. You need an understanding of and be able to spot organic disorders [such as] adrenal tumours, pulmonary embolisms, renal disorders and anaemia to name a few, which all present with altered patterns of breathing. Physiotherapists are well known for their critical analysis skills in a scientific format.”

Wisely, Tania will not comment on other specialists’ areas, but knows from her treatment of clients, from asthma sufferers and poor breathers to super-athletes and stressed-out executives, that the tsunami of talk (and diagnoses) of increased anxiety is real.

“To be aware of your tensions and breathing you need to understand yourself, understand your emotions,” she says. “We’ve moved on from the mind-body dualism of Descartes. We do look at the whole person, but still with a medical awareness of ‘what is driving this?’ Is it organic or a past trauma or ‘just life’?

“I feel we need to stop over labelling and start educating on what ‘anxiety’, stress, depression and the more uncomfortable feelings feel like – it is normal to feel uncomfortable at times, anxious at times; these feelings are necessary for emotional growth, we all feel high and low. However, where I believe it goes wrong is we don’t understand what we are feeling and what we can do about it. Sometimes we’re not going to feel good, but you can develop the tools to understand what is happening. We can give [people] the tools so that when they feel this, they understand what it is. 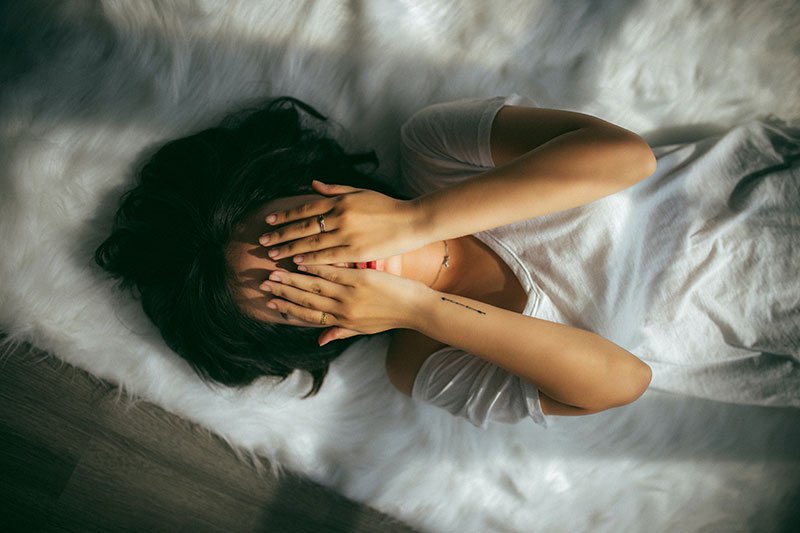 “For example, a feeling can simply start with an awareness of physical tension; many people who come to the clinic are unaware of how tense they are. This continuous tension sends a feedback loop to the body and the brain, telling them that something is about to happen; the body adjusts, ready for action, but in reality nothing is about to happen. The awareness of the held tension can be enough to reverse the symptoms of perceived pressure.”

Tania is similarly unimpressed with the overuse of the word ‘stress’. What she does observe is that “we are losing the pause in the breath. A pause creates a sense of calm, it’s feedback to the body that everything is okay.

"We are dominated by our thinking mind, goal setting, space-filling urgency. And we’re not connected to what we’re feeling. You have to feel, let them go, be in your body and breathe."

“Therapists ‘re-programme’ to cope with a pause. A pause repairs, regenerates; you are ‘being’ not doing. That’s what the practice has brought back, the first step towards feeling, not thinking.”

She also castigates what she calls ‘fab ab’: the urge to suck in your tummy to look skinny.

“If we over-hold then we can’t let our diaphragm do its work,” she says. “That whole thing about core strength? I feel like we’ve ‘over-cored’ everybody! We should never hold in our stomachs, it’s like wearing corsets. In the old days it led to ‘hysterics’; today, I think with young girls it leads to anxiety, which will reverse the pattern of breathing to that of the upper chest.”

Tania is excited about the spread of breathing awareness, and would like to see it become the foundation of all physiotherapy practice. The research fields vary, from screen apnea (what happens to breath when people spend too much time in front of screens) to immunology and organic disorders such as asthma and auto-immune disorders. But good breathing function is not just around illness. Much of the BradCliff work is in sport and with high-level athletes who are not performing at their best, or who have musculoskeletal issues that are not responding to sports medicine or traditional musculoskeletal physiotherapy. Some athletes can move up to 230 litres of air a minute during an event (a regular person at rest will move approximately five litres); it is a huge amount of air to move, so inefficient use of the diaphragm can quickly affect performance.

“Each sport – from endurance cycling to short-burst swimming – needs a tailor-made breathing programme. Today, it’s not just about strength and conditioning, which are oxygen based,” says Tania. “It’s becoming more about the mechanics of proper breathing. Some [physiotherapists] specialise in that.”

Women’s health is also on their radar, with good breathing improving problems such as stress incontinence and fertility, along with other tools.

“Breathing is the key to the autonomic nervous system,” she says. “It is the conductor of the orchestra. It is therefore important in the health profession that we consider how someone breathes, as I do believe it is the foundation of health.”

1. Chin tuck
Imagine a string is attached to your head, pulling you up from the back of the neck to let it elongate.

2. Tongue stretch
Stretch your tongue out as far as it can go, trying to touch the tip of your chin, then relax. Then try blowing raspberries or hum. The aim is for your lips to tingle, which means you have released your throat, neck and diaphragm muscles.

3. Eyebrow raise
Release facial tension by raising your eyebrows to the ceiling and releasing them.

4. Shoulder roll
Breath in, roll your shoulders back and open your chest; breath out and let go. Don’t forget to breath.

This comprehensive guide to improving breathing, handy for non-asthma sufferers too, also has the BradCliff exercises for re-training the body to use nose-diaphragm breathing, with handy reminders such as nose/low/slow, “When in doubt, breathe out” and hourly “Stop (check your chest) Drop (shoulders loose and down) Flop (release tension in your whole body)” practice. 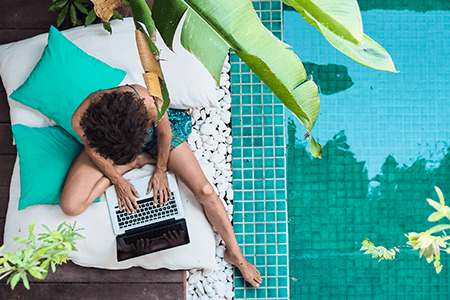 Three tips to set yourself up for a successful summer

Summer's been a long time coming. We're finally here and it's time to make the most. But before you check out completely, why not set yourself up for a summer of success? Here's our top tips to put your summer to work. 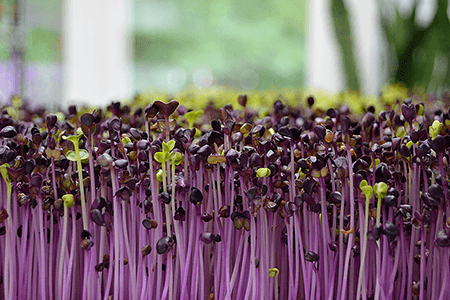 Eat your greens and grow them too

A desire for more health, sustainability and traceability of the food we eat is leading us to return to an age-old tradition: gardening.

An Auckland-based company has designed an app that is poised to become an on-call mental health support person in your pocket, thanks to the help of AI.

Use your MAS Member number to join Āki, the MAS Wellbeing Hub. Āki is free and gives you access to videos, articles, recipes, great discounts and regular prizes.