Professionals across the country are proving that you can have creative side hustles as writers, playwrights and artists no matter what line of work you do and how busy you are. Some of them are spending their evenings and long weekends writing novels that draw on personal experiences from their careers, while others have taken the bold step to split their time between their medical career and a more creative one in the art world.

Here is Renée and Michele's story.

Finding the time to breathe (and write)

There is one skill that Renée Liang uses in both of her careers as a doctor and a writer: the art of storytelling.

Auckland-based MAS Members Renée Liang and Michele Powers are co-authors of When We Remember to Breathe, a book about motherhood. The two women had the idea for the book when they realised they were both pregnant with their second child at the same time.

When We Remember to Breathe is a collection of poetic and often hilarious essays about "mess, magic and mothering". The book details the shared experiences of Renée and Michele as they overcame the challenges and triumphs of modern motherhood.

Renée is a paediatrician, poet, playwright, medical researcher and arts journalist. While she has always had an interest in writing, her medical studies took priority in her early 20s.

After she completed her specialist training in paediatrics, she took a sabbatical year to explore the arts and discovered a second career that she loved equally.

"I started with performance poetry, then discovered theatre and started writing short plays. From there, I was encouraged to write longer plays by the welcoming local arts community that I found.

"I was surprised to find how much my work gained attention, as at that time, there weren't many other Chinese New Zealanders telling their stories."

Renée says her writing made her a better doctor.

"Now I consider myself a triple-careerist. Writing isn't just a hobby for me, I take it very seriously and I wonder if, in the long run, it will have more of an impact than my work in research and medicine," says Renée .

Now 12 years into an arts career, Renée has collaborated in an opera with composer Gareth Farr for Auckland Arts Festival 2018, toured seven award-winning plays to cities around New Zealand, won NEXT Woman of the Year for Arts and Culture and received an MNZM for her work in community arts initiatives promoting social cohesion and identity.

When Michele approached Renée suggesting they work together on a new project, Renée saw it as an opportunity to remember this special time in both their lives and says she regretted not writing down her thoughts during her first pregnancy.

"I went back to work after six weeks with both my kids, and even though it was sometimes hard to find time to write, having Michele there was really encouraging. I used to balance the computer on the breastfeeding pillow and write while feeding," says Renée.

She says that medicine and writing use a similar skill set and are complementary careers. Both are focused on storytelling. As a doctor, she asks patients to tell her their story, she learns about their history and finds the strands that require work.

"A writer is really good at looking for layers underneath the surface, and doctors are good at that too. Working in both industries, I found that I was honing skills that carried over to both of my careers," says Renée.

Michele, a dancer, novelist, screenwriter and producer, says she and Renée knew each other from writing festivals but it wasn't until writing the book together that they became close friends.

"I'd been wanting to write about my children but hadn't had the time or the focus. I read a book of poetry by two Canadian poets in a controversial style, and I thought we could do something like that. I would write a paragraph and she would write back – it wasn't necessarily going to be a book initially, just a way to record this time in our lives," she says.

This is the most personal book Michele has written, and she was nervous about how it would be received by the public.

"I often write fiction, so writing this was so much more personal. I'm glad it has been received warmly.

When We Remember to Breathe Michele and Renée have offered a code for MAS Members to get free shipping when they purchase the book from Magpie. Use code ONMASSPECIAL as a code for free shipping. 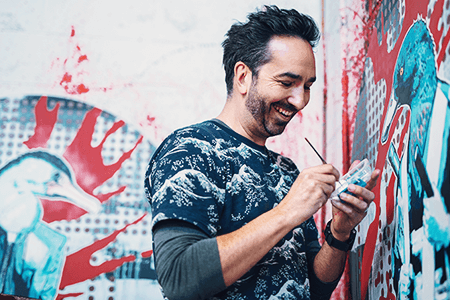 Professionals across the country are proving that you can have creative side hustles as writers, playwrights and artists no matter what line of work you do and how busy you are. Here is Brad's story. 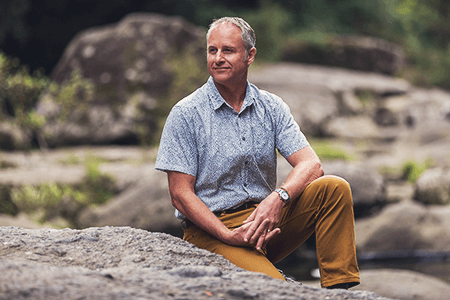 Professionals across the country are proving that you can have creative side hustles as writers, playwrights and artists no matter what line of work you do and how busy you are. Here is Andrew's story.