For MAS Talks 2019 we had award-winning Canadian science journalist, Alanna Mitchell, join us in New Zealand for our exclusive event.

Alanna regularly travels from the Arctic to the Antarctic and everywhere in between. Her award-winning book Seasick: The Global Ocean in Crisis is now a critically acclaimed play that she performed at the Edinburgh Fringe Festival before coming to New Zealand where she shared her adventures with us.

An evening with Alanna Mitchell

Here’s the thing I was thinking, what is an appropriate way to set up this particular evening and the presentation you are about to hear?

I was looking for a whakatauki to sum the evening up and I was thinking about this prior to our event in Christchurch a couple of days ago and there were a few that seemed to be the right one.

You are intelligent people, you are leaders in your fields, and so there is a lovely little whakatauki ‘he aka te kai a te rangatira, he kōrero he kōrero he kōrero.' 'What is the food of the leader. It is knowledge, it is communication.'

That is why you are here tonight. For a little bit of knowledge and for the communication. For having Alanna come all the way down here to share what it is that she has put together over a number of years.

So ladies and gentleman, will you please join me now in providing a wonderful Auckland welcome to Alanna Mitchell. 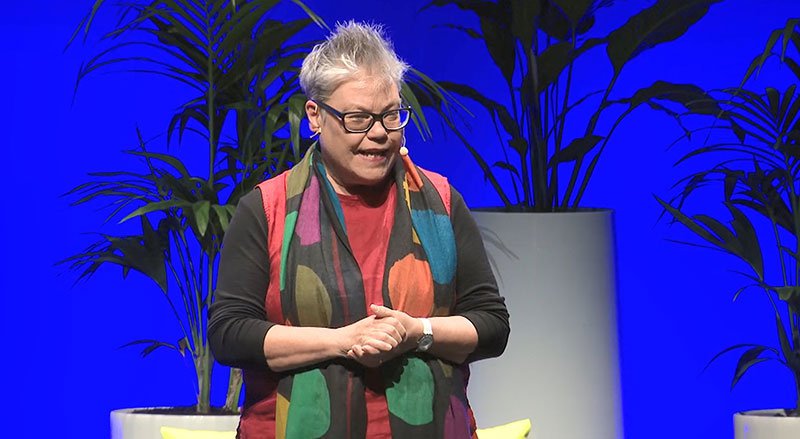 Thank you, thank you for being here tonight, it’s just great to see you here. And I want to say thank you to MAS for inviting me all the way down here from Canada to chat with you today. They're a real joy to work with, it’s a great organisation to have some contact with.

It sounds like a story that a scientist should tell right? But I'm not a scientist I'm a journalist and that means that I ask a lot of questions, I need to find things out and I know a great story when I stumble on one.

This story though, this story about the ocean really begins on the Galápagos Islands. I was right at the end of writing my very first book which was all about (Charles) Darwin and I decided I had to go to the Galápagos because that is where he made his big discoveries, but I was really poor. So the only way I could get there was to hitch a ride with some scientists who were already going.

The fatal flaw in my plan was that these scientists were interested in the ocean not in the islands and so I was stuck on a boat. And I was sharing my bunk, my cabin on this ship, on this boat, with one of the most famous marine biologists in the world. Her name is Sylvia Earle, maybe you’ve heard of her.

And it hits me like a thunderbolt. The real story is the ocean. So that night I’m lying in bed, she's above me, and I can't sleep and I'm thinking, there's got to be some scientists somewhere in the world who can explain to me how the ocean works because at this point I simply don’t have a clue.

So even though it's so early in the morning I send her off an email and I say to her, 'Can you help?' And she sends one right back, ping! Shes in Japan. And she says to me, 'Sure I can help, do you snorkel?'

And I say, 'Yeah'. And so a few months later I find myself in Panama with Nancy Knowlton and we're about to watch a coral spawning and then all of a sudden its over. And we're rushing around collecting some samples of these little creatures that might eventually become baby corals and we're taking them back to the lab to look at under the microscope so that we could see how healthy the reef is and we're really excited, I mean hardly anybody gets to see a coral spawning. And then at about four in the morning we crunch the numbers and the numbers tell us that only about a quarter of the corals that should have spawned that night actually did.

So I say to Nancy, ‘Why are the numbers so low?' And she says 'Well, it's because the water is so warm.' And the water was warm, when I got into it that night it was like getting into a hot bath and I could see these big white pieces of coral flesh shredding off the reef.

So I say to her, ‘Why is the water so warm?’ and she says, ‘Well it's from all the carbon dioxide up in the atmosphere, it warms up the air but it warms up the water too and that warmth is killing off the corals.'

And I'd been hearing murmurs about this new phenomenon that scientists were just investigating, they were just stumbling on it. It's called ocean acidification. And so I phoned up Joanie Kleypas because she helped to write up one of the very first papers on this back in 1999 and she said to me, ‘You know im going to Puerto Rico to a conference to explain it to some other scientists, why don’t you come along?’

And so that’s what I did.

So we're in this conference room, in Puerto Rico, and what she explains to the scientists and to me is that as we burn fossil fuels' were putting carbon dioxide up into the atmosphere and some of it stays there, some of it gets reabsorbed into the land and the plants, some of it dissolves into the ocean where it reacts chemically with the water to make carbonic acid. 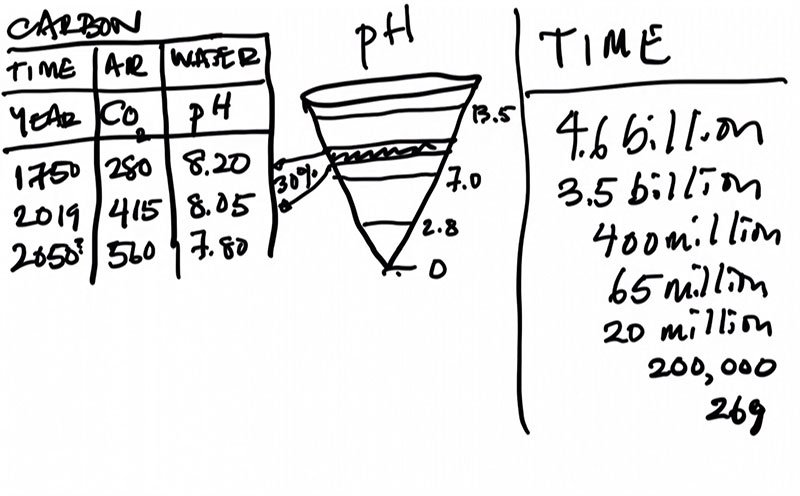 It's not easy to understand is it? Carol was having a miserable time trying to explain it to British members of Parliament so she decided to run an experiment, so she took some vinegar to the British House of Commons,  like this, this is vinegar. And she took a piece of chalk like this and she did this (drops chalk into cup of vinegar).

So what's happening there is that the vinegar is very, very, very acidic, tons and tons and tons of hydrogen ions in there and they want what the chalk has so they just take it. The chalk is made of calcium carbonate the same stuff as shells and bones and teeth and reefs.

PH is incredibly hard to change, the whole course of evolution on the planets history has made it hard to change. Your bloods PH has to be between 7.35 and 7.45 or else you die.

So we’ve already changed the PH of the global ocean, down to a kilometre in depth by more than the range that your blood needs to be in, in order to survive and it's speeding up and there is no plan at the moment to stop it from getting worse.

There’ve only been five mass extinctions in the whole history of life on the planet. The one we know the best is the one from 65 million years ago when the dinosaurs died out. But in each case the cause has been the same. A change in the concentration of carbon dioxide in the atmosphere that has changed the chemistry of the ocean.

The one that scientists think is the closest to what is happening today is this middle one from 252 million years ago. Its called the Permian Extinction and even in the scientific literature it's known as the great dying because 95% of the species on the planet went extinct. Not 95% of the individuals in a species, 95% of the actual species across the planet erased from the book of life. 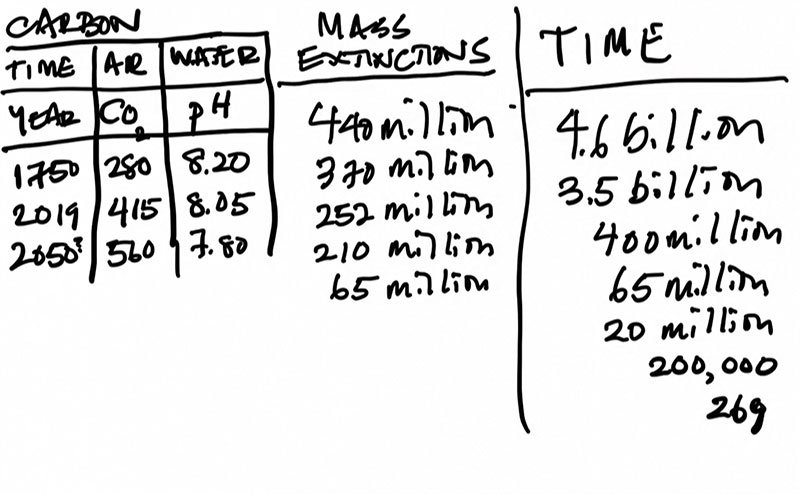 The killing mechanism, it was a great swift pulse of carbon dioxide gas that went up into the atmosphere and turned the ocean, guess what, warm, breathless and sour. The toxic cocktail. And today were putting carbon dioxide up into the atmosphere at about a hundred times faster than the volcanoes that caused the Permian Extinction, faster than at any other time in the planets history and that means the oceans chemistry is changing faster than its ever changed.

And the ocean contains the switch of life, so how does this planets story end? Well now it's up to all of us because now it's not a single character even a caste of characters on this quest, now its our species. And so theres guilt and blame and anger and despair and you look at the state of the planet and you feel grief, immense grief, paralytic grief, it nails you to the floor. You are all alone. So how do we move on? How do we make this quest end in triumph? How do we find redemption?

It gives us permission to evolve, evolve away from the patterns that are killing us, evolve into new patterns that hold out the potential that our species could persist, maybe even thrive.

What are the exact patterns? Well, part of the joy is that we get to figure that out. This is a very unusual time in the planets history, adapt and survive, it’s the essence of Darwins teachings and our species is really good at it. write a new ending. Live to tell another tale.

What do you think, should we try? Philanthropic organisations have enormous potential to make a difference if they have a clear purpose and a sound strategy. MAS has turned to one of New Zealand's leading philanthropic consultants to get the MAS Foundation off to the best start. 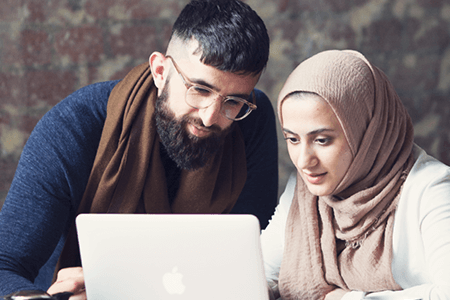 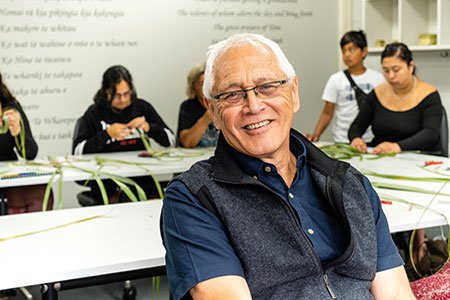 Weaving the way to safety

Inventor and MAS Member Dr David Tipene-Leach tells us how he developed a woven flax bassinet that enables parents to safely bed-share with their little ones.