What is a Passive House?

A Passive House is an open-source standard for extremely energy-efficient buildings. A certified Passive House uses no more than 15kW per square metre, per year to heat a building (and the same amount again for cooling, if required).

That's 81% less energy than is used to heat a typical single-family home in Auckland to 20 degrees (and 92% less than one in Christchurch).

A former rocket scientist is determined to make New Zealand's housing stock warmer, drier and healthier for our communities.

What does designing a space rocket and designing a warm, energy-efficient house have in common? More than you might think, according to ex-NASA scientist Jason Quinn.

As a child, Jason's dream job was working on rocket designs at NASA's Marshall Space Flight centre in northern Alabama. When he finally got there, he found the reality was that most of the projects were scrapped before they even came to fruition. After a few rounds of the US Congress scrapping programmes, he decided to look for something more fulfilling.

"It was my childhood dream, and it was a beautiful work environment. People were really kind, it was fun and it paid well. But after I went through several crushing cycles of programmes getting cancelled, I realised I could be playing with rockets for the rest of my career without any control over what would end up being built, or, I could go and actually do something I knew would make a difference."

That 'something' was a commitment to doing his bit to solve issues around climate change using his background in mechanical engineering. After falling in love with the country during a campervan holiday in the mid-2000s, New Zealand became his adopted home.

The vehicles we drive, the food we eat and the houses we build are the biggest contributors to climate-changing greenhouse gases. Jason decided to focus on designing more energy-efficient "passive houses", using his experience and knowledge of thermodynamics.

Originating in Germany in the late 1980s, passive houses are designed to be highly energy efficient, requiring little to no energy for space heating or cooling, and with a much-reduced carbon footprint.

Maintaining a 20ºC temperature in a passive house all winter uses about the same amount of energy as it takes to run a single fridge, Jason says.

"Fundamentally, designing a passive house is like balancing a budget, only you're talking about energy instead of money. Houses lose heat from windows, and solar energy comes in through windows, floors, and the roof. Just like a balanced budget, you need the energy that goes in and out of the building to be the same."

Jason says passive houses are slowly gaining popularity in New Zealand, and he believes the potential here is huge.

Currently, there are fewer than 40 passive houses in New Zealand. Seventeen units are currently under construction at a co-housing project in Dunedin, and another 80 are under way elsewhere in the country.

Jason is now an official Passive House designer/certifier, and says he's tackling bigger challenges than he was in his former career at NASA.

"I think rocket science is actually easier than building science – I'm not joking. With a rocket, you build it with exactly the same valves that went into the shuttle engine, using the exact same steel from the exact same foundry.

"With a building, every single one is unique, and you're likely to change the material used for cladding, change the plumbing across different buildings and they don't go through the same tests as a rocket." When building new homes, Jason says people are understandably focused on the features that look good: granite benchtops, bifold doors and parquet flooring. But it's the things you can't see that have the biggest impact on whether a house is warm, dry and energy efficient.

Window glazing, effective insulation and the right materials behind the scenes are the areas that owners should invest in, he says.

"It's particularly important to take care at the junctions between the ceiling and the walls, and the walls and the windows, as these are places where air leakage can happen."

The result means a passive house in Wanaka can have the same annual energy costs as a house in Kaitaia. It's all about what materials and construction techniques are used to build the houses.

With the current high costs for labour and materials, passive houses can actually end up costing about the same as a bespoke architecturally designed house. When you're building multiple unit complexes and apartments, it can often end up cheaper.

"Imagine a world where the social housing for the neediest is A-grade quality while the million-dollar house down the street is barely an F."

As an option for social housing, Jason says, it makes sense to give low-income families houses that are warm and cheap to run. "It makes good economic sense. From day one, you're saving money."

"New Zealand's climate change debate is dominated by our agricultural emissions. This obscures an alarming fact: buildings use a huge amount of energy – about 40% of the total primary energy consumption. This is the sector with the greatest potential to reduce energy use and thereby mitigate climate change.

"It's easier to make houses healthy and environmentally sound than to breed cows that don't burp. If we fix our buildings, we'll have more time to figure out how to deal with the cows," Jason says.

A 17-unit co-housing project in Dunedin will add to the fewer than 40 certified passive houses in New Zealand. 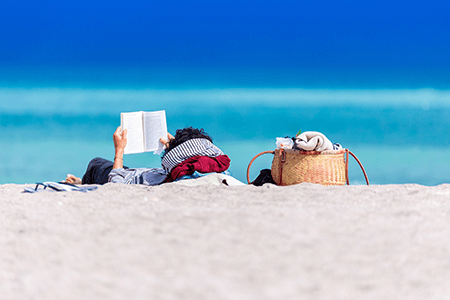 Contents insurance is a great safety net if your belongings are damaged, lost or stolen. But no one wants to have to use it. Here are three things you can do to protect your possessions and give you peace of mind.

The concept of Te Whare Tapa Whā is about maintaining not just physical and mental health but also social and spiritual connections in order to promote good health.