Are the robots coming for my job?

Science fiction and science fact are growing ever closer together as machine learning and artificial intelligence become capable of completing human tasks and mimicking our emotions. So are robots coming to take over the workforce?

Technology has always made our jobs and lives easier. From the printing press to the motor car, the telephone and computers, each development has marked an advance in human ability. But, thanks to the popularity of dystopian futures and sci-fi movies, some look at the near future of work with fear that humans will become redundant as artificial intelligence (AI) and robots replace us in our jobs. Others see tech advances as a chance to eliminate the monotonous tasks and focus more on what they actually trained to do.

Leading the charge in digital humans

Auckland-based tech company Soul Machines is leading the charge in creating AI digital humans who can recognise and respond to non-verbal cues that are being increasingly used in the service industry. These digital humans have memories, emotions, and empathy, created by the world’s only digital DNA and brought to life by the world’s first virtual nervous system.

Chief Business Officer Greg Cross is excited about the potential opportunities in the role AI will play in the future of work.

“We have this construct of ‘when will AI be better than us?’ I don’t know when or if it will ever be achieved. It’s an interesting debate, and as a company, we’re focused on creating ways in which humans and machines will be able to cooperate and collaborate together.”

Cross says digital humans will be able to fill roles and complete tasks humans increasingly don’t want to do, such as servicing remote areas.

“Many high schools in rural communities don’t have access to specialist science teachers like physics or chemistry teachers because we don’t pay teachers enough money, and increasingly people studying science at university don’t want to be teachers.”

The changing face of work

The technology may also allow people to work less, spending more time with their families and communities.

“The 40-hour workweek is a relatively recent invention. The weekend is a recent invention. We’re already seeing societies in different parts of the world experimenting with a four-day week. Who says that wouldn’t be a good thing if those people spent more time focused on communities, on families and on problems we’ve historically created such as the environment?”

The changing face of work will mean a shift in the capabilities that are in demand, but that’s happened in society before, and it will happen again, he says.

“Go back 50 or 60 years when the airline industry was a fledgling industry and think about all the people who work in that industry now. Think about technology: the internet, the smartphone industries created new demands and opportunities for new skills and new capabilities.

“The potential speed of this change could magnify some of the problems around skill shortages as society looks at how we retrain and reskill parts of the workforce.”

As for whether this technology could be corrupted for evil, Cross is optimistic.

“Is there potential for many things to go wrong? Is there a potential for bad people to do bad things? If you go back and look in history, that’s always happened; that’s not unique to the era we live in. I’ve got an optimistic view that, while bad people do bad things, by and large over time good always triumphs evil and the best traits in humankind overcome the worst.”

Richard Medlicott sees huge potential in AI and big data tech developments for the industry but says they are a long way off from being relied upon for quality diagnoses.

The Medical Director of the Royal New Zealand College of General Practitioners and a GP in Island Bay, Wellington, Medlicott has been watching with interest the development of Babylon in the United Kingdom. Babylon is designed to assist the struggling National Health Service system where wait times to see doctors can be in the weeks or months. Instead, Babylon promises chatbot diagnoses and video GP consultations. However, its launch has been riddled with challenges as obvious diagnoses are missed by the application. Still, the potential is promising, he says.

“The opportunity is to use AI-driven chatbots for symptom triage. As the software gets better, it will hopefully reduce GPs’ workloads, but at the moment, it’s potentially dangerous if it’s not able to determine if you’re having a heart attack or not.” One immediate challenge with chatbots is that they are sending more patients to see doctors, increasing workloads.

“At the moment, there’s a barrier for getting care so people usually wait for 24 hours, and lots of the time things get better on their own and they don’t need to go and see their doctor. But if you get rid of that barrier and someone has a sore tummy for an hour and checks with the chatbot who recommends they see their GP, that increases the workload.”

Medlicott says he remains cautiously optimistic of the potential although he thinks GPs will be employed for some time to come.

The challenge for chatbots comes when dealing with multiple ailments. It can handle the complexity of diabetes, but will it handle diabetes combined with heart disease, depression and a sore knee?

“GPs run on fuzzy logic and understand human complexity and have empathy so they’ll always have a role, but if these systems can help us, that’s great.”

There is a lot of buzz around AI, but it’s not coming to replace doctors, says Sarah Zub of Vensa.

Now Vensa is working in the precision-driven healthcare space to reduce the workload for lab results through AI that will recognise normal parameters for test results, sending more complicated results back to GPs for follow-up as per best practice. The AI will be able to prompt GPs, suggesting possible missing lab tests for things that may have fallen through the cracks.

Augment the experience not disrupt it

“We’re focused on increasing access for better wellbeing for patients. We’re creating really amazing, intuitive and smart tools for clinicians. This will help to reduce workloads on primary care providers, and they can feel empowered to do more of the incredible work they’re doing in our communities,” Zub says.

These solutions are designed to augment the experience, complementing the clinical judgement of doctors.

“There’s strong evidence that supports ongoing relationships with the same primary health providers. Chronic disease develops over time, and the same physician can identify that early so we’re facilitating with the GP rather than trying to disrupt it. We want to take away the administrative burden that’s causing most of the burnout in our current systems,” she says.

Vensa is completing research feasibility studies and will be releasing tools out to the market over the next two years.

Frustrated with the inefficiencies of the legal profession, Andrew King decided to be a champion of technology.

Now he runs E Discovering Consulting, where he works with law firms advising on tech to help streamline their business, and puts on LawFest, an annual conference on legal innovation and technology.

King says worldwide the profession has been slow to modernise but legal technology advances are offering efficiencies and speed that benefits both lawyers and their clients.

“The speed with which AI can deliver information to lawyers that previously required human input looking through research, reading documents, that’s delivered so much quicker. It eliminates some of the mundane administrative tasks and allows lawyers to use what they went to law school to learn as opposed to doing admin-type work.”

Let lawyers use their judgement

The Christchurch-based man says over the past five years he’s seen more willingness to adapt to a modern style of working that integrates technology.

Technology for the legal profession spans everything from entry-level document templates and dictation products through to chatbots taking information from clients upfront, allowing lawyers to jump in when legal expertise is required.

“Where it adds value for lawyers at the moment is using tech to gather information for lawyers who then use their judgement, empathy and critical thinking skills to add to it.”

The future of the industry is bright, he says, with lawyers’ interpersonal skills more important than ever.

“Lawyers need to be curious, adaptable and looking to change but that’s not just with technology; that’s with everything we do.”

Where it adds value for lawyers at the moment is using tech to gather information for lawyers who then use their judgement, empathy and critical thinking skills to add to it.

For many decades, technology has consistently provided opportunities for the dental profession, but in the end, informed personal care requires human interaction and interpretation, says dentist David Crum.

Crum, who was made an Officer of the New Zealand Order of Merit for services to dentistry this year, says one of the earlier areas he can see AI having an impact on is digital imaging.

“Scans hold a huge amount of data, and treatment options for dental decay based on digital information is a real possibility, but the difficulty is in nuances and how you collect conversational data and other things that have an effect on where treatment should be carried out and how.

“The bottom line is that there will be data collected from digital imaging that will be extensive and helpful across populations, but to adjust to a patient’s circumstances still relies on human interpretation.”

One of the biggest hurdles is getting databases sufficient in size given dentists generally work within individually owned private practices that keep different sets of records.

“I see potential in more accurate diagnosis and treatment, but dentistry is still a largely surgical treatment-based profession, so I think when we are talking changes across populations, access and cost, it’s more likely we’ll see preventive ‘medical’ science rather than technology make the biggest impact to move us on from what we currently do. I don’t see computers as the dentist’s replacement.” 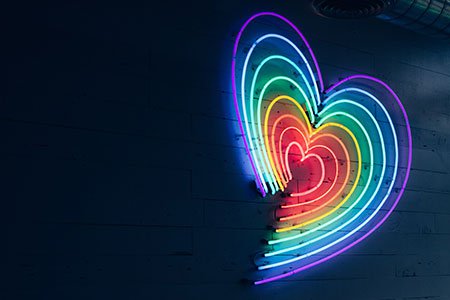 Rainbow Tick is all about accepting and valuing people in the workplace, embracing the diversity of sexual and gender identities. Read more on how Repromed has show their commitment to their clients and staff by being recognised with a Rainbow Tick. 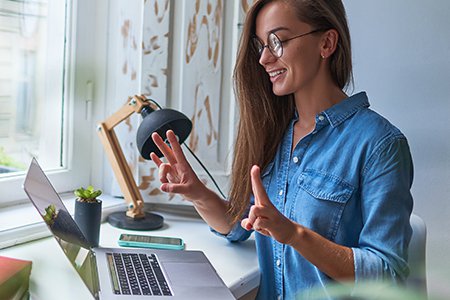 Even when patients and doctors are speaking the same language, medical appointments can be stressful. But for Deaf patients, accessing health care can be even more daunting, and miscommunications can have serious health consequences. 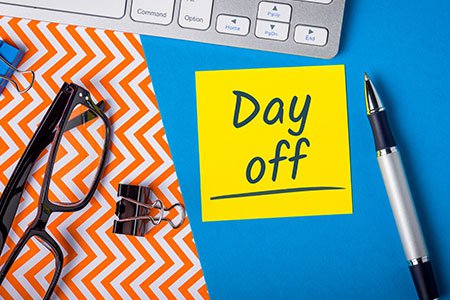 How to calculate annual leave – an employer guide

It can be difficult to manage cover for employees on holiday during popular times of the year, but feel harder still to say no to holiday leave requests. So what are the legal entitlements?