It wasn’t until Robin was in her 60s that she was inspired to take action, after her granddaughter, Ella was born, and she read Naomi Klein’s This Changes Everything: Capitalism vs. The Climate.

“I thought to myself, ‘I’m not too old to do something’, and for Ella’s sake and all of her peers, I need to do what I can to let people know what is really going on. Climate change had been peripheral to my life before then, and it was a real light-bulb moment,” says Robin.

Since then, Robin has taken it upon herself to do everything she can to increase awareness about the climate crisis and to live with a smaller carbon footprint. Robin has lived on Waiheke Island permanently since 2012, and she is working on establishing a co-housing venture that will help reduce her carbon footprint as well as dealing with the loneliness and isolation felt by seniors living alone.

“Last year, I needed to have some major repairs done on my home, so I was house sitting and having other women come and stay with me. I realised how much happier I am living with other people, and there are lots of single older women like me who felt the same. I talked it over with some friends, and we decided to explore the possibility of living together,” she says.

Robin says we need new models of housing, not only to help us live more sustainably but also as a way of looking after the most vulnerable members of our communities. This is not idle talk for Robin – even though she has not yet secured the land for her co-housing venture, she has decided to sell her home anyway.

When it comes to addressing climate change, Robin believes she and other seniors have the advantage of perspective, wisdom and experience and should be the ones taking responsibility for dealing with the problem.

“Almost all of the people in the Climate Declaration are grandparents. This isn’t about naming and shaming, but the reality is that climate change became a major problem during my lifetime. My generation failed to pay attention to what the scientists were telling us, even if we had good reasons. We were busy raising families and so on,” she says. She realises it might be an unpopular opinion. Still, Robin thinks her generation needs to stop the cruises, the ‘gratuitous’ travel and other high-carbon lifestyles to leave a liveable future for the next generations.

“A lot of people see flying as a right rather than a privilege, but that time is over. The actions taken by individuals might be small, but they send a signal to others that ‘business as usual’ is ending.

“If we have to put up with a bit of inconvenience in order to leave a liveable future for the next generation, that’s fine with me,” she says.

Robin believes that healthcare professionals have a particularly vital role to play, as they will be at the frontline dealing with the health-related consequences of the climate crisis.

“The New Zealand Medical Association has joined others around the world, recently declaring that climate change is a health emergency,” she says.

Robin says the most important action people can take is to vote in support of political parties who are making the systemic, legislative changes necessary to stop global warming.

“The main thing is devoting support to the strong measures that need to be taken. We need to put aside our petty concerns about what it will mean to our lives and look at the alternative,” she says.

Robin is passionate about people using public transport, e-bikes and electric vehicles or downsizing their vehicles. She’s also a big believer in reducing our intake of meat and dairy products and eating seasonally and locally whenever possible. 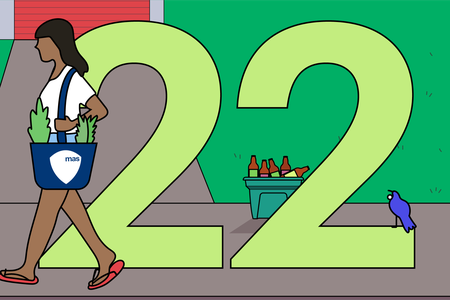 22/12/2019: The IT Test team planted grasses, shrubs, and trees for Riding for the Disabled. Read all about it here.

one: a shoebox christmas

1/12/2019: Shoebox Christmas delivers Christmas presents, contained within a shoebox, to kids who might otherwise go without on Christmas Day. Read all about Tracey's 'Here for Good' experience here.

6/12/2019: Our Northern team took the opportunity to sort and pack food for Christmas Box, who deliver Christmas gift-wrapped food boxes to neighbouring families in need.