Climate change carries a health warning. A group of volunteer New Zealand doctors are working hard to raise awareness among Kiwis of how climate change could affect their health.

OraTaiao: New Zealand Climate & Health Council is passionate about responsible investing. The organisation was supportive of MAS developing new policies to actively screen its investment portfolios. This involved MAS divesting itself from companies whose principal business activities were the manufacture and sale of armaments or tobacco, or the exploration, extraction, refining or processing of fossil fuels.

Now MAS would like to tell Members more about this organisation, which is funded and organised by health professionals and has a mission to encourage all New Zealanders to respond to climate change to improve the health of our nation and others.

The World Health Organization produced its Protecting Health from Climate Change Report in 2009, which was a significant milestone in the launching of OraTaiao, says Dr Alex MacMillan, one of the founders of OraTaiao and a current co-convenor. Around that time the British medical journal, The Lancet, and the Journal of the American Medical Association published major articles about the wide-ranging impacts of climate change on health, as well as a series on the potential health win-wins of reducing climate pollution.

Here in New Zealand Alex had shifted her career from a clinical role to one in public health. She and like-minded colleagues, including doctors Rhys Jones and Scott Metcalfe, could see that New Zealand, which had a history of social and environmental leadership internationally, was clearly failing to act responsibly on climate change.

“The more I thought about this, the more I realised that [doctors] were intelligent worried people,” says Alex.

OraTaiao was born on the back of a special article published in the New Zealand Medical Journal that outlined why health professionals should be concerned and how New Zealand could reduce greenhouse gas emissions in a fair and health-promoting way.

Alex says that 100 individuals were involved as co-authors and supporters of the article. Those individuals and organisations became the initial members of the New Zealand Climate & Health Council, which later added OraTaiao to its name.

In New Zealand the new organisation set itself a mission to:

It’s a tall order, but Alex, Rhys, Scott and other early members discovered that they were not alone in their professional concerns. Over the years OraTaiao’s membership has grown to more than 600.

“It is also a justice and fairness and health equity issue.”

“We see immediate impacts and deaths from severe weather events such as hurricanes, heat and bushfires, and then there are longer-term issues such as the impacts of changing patterns of infectious disease, and difficulties with growing food,” she says.

Here in New Zealand we are already seeing an increased risk of flooding in South Dunedin, Northland, the Bay of Plenty and other regions because of a combination of sea-level rise and more frequent, heavier rainfall.

The specific health threats for New Zealand, Alex says, include: extreme weather events, which could disrupt health services; changing patterns of infectious disease; global food price rises, which in turn affect nutrition; and social impacts such as the effects of sea-level rise on housing, the loss of livelihoods, climate-change-related migration from our low-lying Pacific neighbours, and economic vulnerability. In New Zealand, it hits the poorest communities such as Māori and Pasifika hardest.

Not only is OraTaiao asking the government for change; it also looks at the health sector’s contribution to climate change. One huge issue that OraTaiao addresses is the 35 coal-fired boilers operating at hospitals around New Zealand, which are spewing out pollution and greenhouse gases.

There have been many battles in the past eight years. But OraTaiao’s chief successes, says Alex, include:

The latest campaign about to launch from OraTaiao is a Climate Change Health Action Plan for New Zealand, to which OraTaiao and its partners will be asking political parties to sign up. OraTaiao is also working closely with several other climate non-government organisations for a Zero Carbon Act led by Generation Zero along with 350.org, Oxfam, and others.

The issues on which OraTaiao campaigns are many and varied. Another key issue for the group that is aimed at encouraging polluters to change their ways is divestment by KiwiSaver and other managed funds of shares in companies that fuel climate change. This is a proven strategy, says Alex, which can put pressure on companies such as fossil-fuel providers that are doing the greatest damage to the environment. Decisions by investment managers to sell down these stocks really do put pressure on climate-change-inducing practices at those companies.

The move by MAS in September to divest its investments in fossil fuels was welcomed by OraTaiao. “Climate change is widely recognised as the greatest threat to health in the 21st century, so it is important that health professionals take a lead in the transition to a low-carbon society,” says Alex. “We now have an excellent opportunity to do this by investing our retirement savings in a fossil-fuel-free future.”

Individual medical professionals can also change areas of their lives that both help to cut emissions and underpin good health, says Alex. Steps include: Each and every medical professional can also look at their own organisation’s carbon footprint, by, for example, working to minimise the huge amounts of plastic waste in their surgeries and other medical facilities.

Medical professionals can also talk to their MPs about the importance of climate change to health, says Alex, and sign OraTaiao’s open letter to the New Zealand Government to address district health board greenhouse gas emissions.

Alex is keen to point out that OraTaiao’s successes have been funded purely out of membership dues and thousands of hours of out-of-hours work by the passionate medical professionals who give their time for free.

For more information or to join, visit orataiao.org.nz 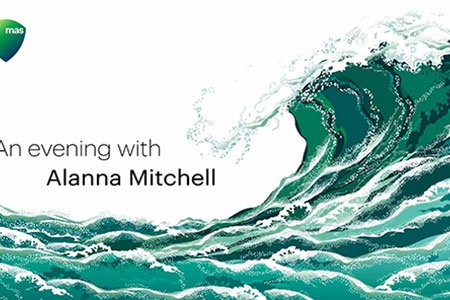 For MAS Talks 2019 we had award-winning Canadian science journalist, Alanna Mitchell, join us in New Zealand for our exclusive event.  Here is a snippet from Alanna's evening with our Auckland Members. 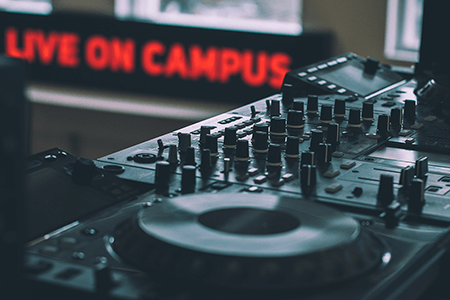 Student association presidents discuss the sustainability issues facing their industries and the highs and lows for students across the country.