This story starts in May 2019. I was trying to decide where to go for the first six weeks of elective, as I had already planned to go to Europe for the second half.

I still had no solid plans when my Samoan friend graduated with her Physio degree. I joined her on the march through town and met her family. Some of her friends had also come over from Samoa to see her graduate. I spent the greater part of two days with them, then they were all leaving. I realised that unless they came back to visit or I found myself in Samoa, I was not likely to see them again.

So, I made the decision then and there. I would organise my elective placement to be in Samoa.

I was on paediatrics at the time and was loving it, so I put paeds down as my top option. When everything was confirmed I sent Ellie a message and she said, "You're staying with me!" to which I responded, "That was the plan :-D".

Fast forward to the 16th of November. 5th Year exams were done; I'd had a haircut and flown from Dunedin to Auckland the night before.

After pulling an all-nighter in the international terminal watching Lord of the Rings, I got a call at 5:30am from my dad. "Where are you?". He, my brother, my sister and her boyfriend had driven six hours to see me off. I won't be seeing the rest of my family until Easter so it meant a lot. We had breakfast at the airport Maccas and dozed off together until it was time for me to go.

Getting off the plane in Apia was a surreal experience. Partially because I hadn't slept in 26 hours but mostly because this was my first time outside of NZ (besides two weeks in the Gold Coast when I was 11), and it was hot. Proper humid.

My friends met me at the airport and after getting some cash and a sim card we were on our way home. They had just moved in two days before so instead of me trying to add myself to an established routine, we built the routine together.

The house we were living in was a five minute drive from the hospital so my friends would drop me off at 8am and did the pick-up run around 5pm.

I had heard about the measles outbreak before I left, but only in passing, and I hadn't really looked into it or thought about how it would affect me. So on Sunday at church when they announced a state of emergency and told us the schools and university were closed and church would be cancelled for two weeks, I suddenly realised it would be a big deal. I emailed the National University contact to find out if it would affect my orientation and ended up starting a day later than planned, so I bought a pulitasi and went op-shopping.

My time at the hospital

The first two days at the hospital were the most confusing. Getting my head around where everything was, how the ward rounds worked, where to find the X-ray and blood results.

There are 50 beds in the paediatric department in Tupua Tamasese Meaole (TTM) Hospital, and all of them contained measles patients.

There were also measles patients in ICU, measles kids in the 8-bed HDU tent that the Australian team had set up, two isolation wards full of recovering children (the ones who no longer needed oxygen or IV antibiotics) and new cases constantly arriving in APCC; the makeshift measles assessment unit set-up in the requisitioned outpatient department.

I'd never seen a single measles patient before.

I learnt my role from the other students who had been there a few weeks longer. It was our job to look up the blood results before ward rounds and to prep the notes with a problem list and summary for every patient. On ward rounds we scribed and often took part in examining patients.

After ward rounds there is a list of patients who need their IV lines re-sited which the students would assist with. Mostly I would be holding the child's arm or leg still while the registrar did the line, but I have also been able to perform some paediatric IV cannulations myself.

The afternoons are less busy but we were getting multiple referrals from APCC every day, so us students would review them on arrival to the ward and report our findings to one of the registrars or consultants.

One of the unique experiences of this placement was having a new consultant to follow every few weeks. The AUSMAT teams have a rotation system that meant I was getting taught by multiple people throughout my placement plus I could help the new ones adjust to the hospital. I always found it interesting to see how they reacted to not having access to the things they they were used to, and then having to work out what to do instead.

The local doctors were integral for planning what to do for certain cases, especially when the international doctor was unfamiliar with the protocols.

Getting to know Apia and its people

In the evenings instead of being a tourist I went home to eat, chat and sleep. My flatmates have games night on Mondays, so I learnt how to play Dungeons and Dragons, and a card gamed called Coup. We had a Thanksgiving dinner, more for the excuse of having people over and a housewarming party than anything else.

The first two weekends we stayed at home and slept or read books most of the day. I finally managed to go swimming at the Piula Cave Pool on the third Saturday, and Manusina Beach the next weekend. The movies were also a good way to relax with friends. Basically I was living like a local as much as possible.

One of my highlights was seeing one of the children on the ward laugh for the first time. We were blowing bubbles for them and every time she caught one or I popped one, she had the biggest grin. This child had been on the ward for two weeks, had a chest drain (her third drain since admission) and was visibly malnourished, so seeing her smile was one of the best moments I could have asked for.

She had a pneumothorax and brochopleural fistula secondary to very severe pneumonia. As there was nothing further the surgeons could do, she was discharged from the hospital as a palliative patient. If the drain came out her lungs would fail, and if it stayed she still was not likely to survive more than a few weeks as her left lung was mostly collapsed and she still wasn't gaining any weight.

Imagine the team's surprise when in my final week of placement, she walks in with her mum who informs us that the chest drain had fallen out by itself. When she left the hospital she could sit up but not for long periods, and she definitely wasn't walking. We re-examined and re-X-rayed but there were no real changes to her lungs from the last film. The fact that her drain came out without any fuss indicated that the fistula must have finally healed so we took this one for the miracle it was and arranged a follow-up appointment.

Two of the friends I made while I was there were the Samoan medical students, volunteering during the epidemic. They not only functioned as students, but also as translators for the international doctors, and their skills were the level of junior house officers in NZ. It was these guys who took me to the markets and showed me where to get souvenirs for my family. After the max vaccination campaign things started to calm down and the wards slowly started emptying. More kids kept coming, but the rate had dropped off. In my final week I spent Christmas Day with my friends' family then worked half days on both Boxing Day and the day after. For the first time in months most of the Samoan doctors were able to have a day off as well.

The 27th was my final day and I nearly cried saying goodbye at the airport. Samoa is a beautiful country with amazing people and I will be back (for a holiday next time).

If you would like to donate to help provide vaccinations to the children of Samoa, you can support UNICEF's Samoa measles appeal.

My name is Jen, I'm an Otago medical student going to Samoa and Germany for my TI elective. I've spent 6 weeks on paediatrics in Apia and 6 weeks in Cologne on
transplant surgery. I'm currently interested in a career in anaesthetics but I really loved our paeds run and I'm also super keen on anything surgical. This scholarship is going to be a
huge help towards my accommodation and travel expenses. I'm looking forward to experiencing medical practice in other cultures and seeing new places. 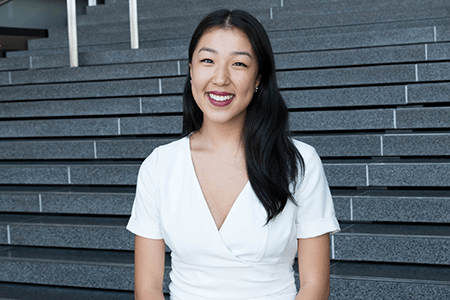 Dayeon Lee's essay submission was highly commended by the judges of the MAS Here for Good Scholarship, where she was asked to detail her volunteer activity and how this benefits her in life and in her chosen profession.

A passion for volunteering

MAS Here for Good Scholarship winner, Justine Paddison, was asked to detail her volunteer activity and how this benefits her in life and in her chosen profession. 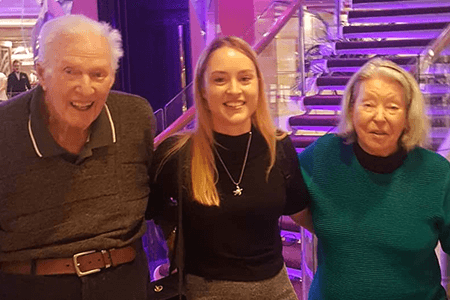 The influences of my medical career

Rose Falconer's inspiring essay answered the question, 'What family members, friends, or other individuals have been influential in your decision to pursue a medical career and in what way were they influential?'